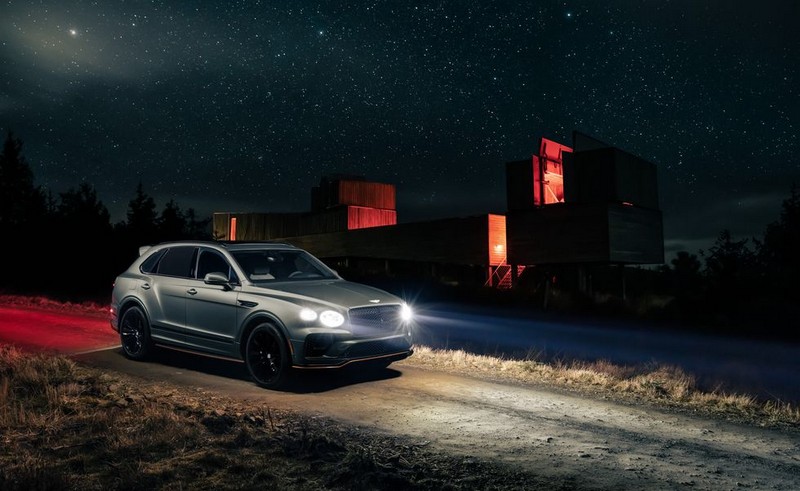 Buzz Lightyear–or Darth Vader–would love this space-themed Bentayga that was built for one Bentley customer.

Can you bankroll the 2022 Bentley Bentayga’s six-figure asking price? Do you have a fondness for astronomy, Star Wars, or any other outer-space-related subject matter? Well, apparently one Bentley customer answered yes to all of the above, because someone has commissioned the brand’s in-house design division, Mulliner, to custom-build them a space-themed version of the $262,125 Bentayga Speed.

For those who don’t know or never had a reason to learn, the Bentayga Speed is powered by a 626-hp twin-turbocharged W-12 engine. When we tested a 2017 model–back when it had only 600 horses–it rocketed from zero to 60 mph in just 3.5 seconds. That’s pretty quick for something that tipped our scales at 5672 pounds. Obviously, we don’t expect the 2022 Bentley Speed to be any slower, but we do expect it to shove its well-heeled passengers into the back of the SUV’s richly appointed seats.

Along with the rest of the cabin, the seats in the bespoke Bentayga (simply dubbed the Space Edition) are wrapped in beautiful materials. Bentley says the “Beluga and Porpoise” color scheme is intended to evoke the night sky. A similar aesthetic inspired the black satin speaker grilles with their illuminated badging, which are meant to resemble stars.

Perhaps our favorite detail is the illuminated design in the doorsills depicting planets in a solar system. Can you guess what the splashy orange accents on the bottom spokes of the steering wheel and on the shift lever are designed after? If you guessed burning rocket fuel, you’re wrong. If you guessed solar eruptions, you are correct!

From the outside, the Bentayga Mulliner Space Edition doesn’t have any gaudy graphics or overt references to a galaxy far, far away. But the SUV does look striking in the photos that Bentley released, especially with the starry sky as the backdrop. While the bespoke Bentley’s space theme is more apropos when the sun goes down, a brighter light might shine more attention on its paint job. We’re told its greenish-gray Cypress paint is the same shade that was worn by the first-generation 2003 Bentley Continental GT. Mulliner also replaced the Bentayga’s shiny exterior trim with gloss-black pieces. In another nod to space, the Orange Flame accents on the lower bodywork are likened to comets’ dust trails. 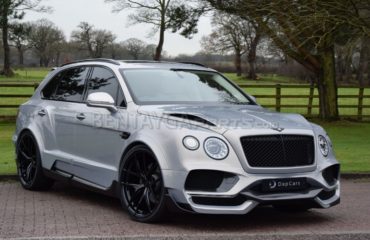 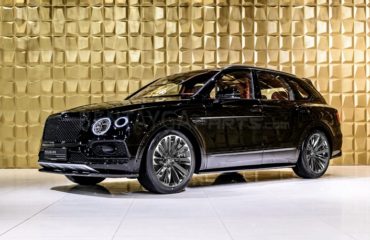