Bentley has long been part of a very exclusive club of automakers standing at the top of price tags and luxury features. Probably the most heated debate when it comes to Bentley is whether it is them or Rolls Royce that stands as the epitome of wealth and opulence on wheels.

Well, with the Bentayga EWB Mulliner Gallery, the brand is doing everything in its power to prove who is the top dog by showcasing its customization capabilities in the most extraordinary and gorgeous display.

Bentley’s masterpiece was unveiled at the Quail by the company’s Chairman and Chief Executive Adrian Hallmark. It is composed of six veneer panels throughout the car that celebrates the recent work of Mulliner, Bentley’s coachbuilding division. Forget the Airline Seat Specification or the 22’’ polished wheels, as today it’s all about art and heritage.

The works of art adorn the entire cabin in a complete ring formed by four door waist rails and two front fascias. The six veneers were envisioned by Mulliner and airbrushed into reality by world-renowned British airbrush artisan Piers Dowell and his protégé Lewis Warby.

The front fascia in the driver’s seat portrays a Bentley Mulliner Bacalar, a splendid car that marked Mulliner’s return to true coach building and bespoke customization. The Bacalar blends into the driver’s door waist rail and is followed by a veneer of the Blower Continuation Series on the driver’s side rear door.

The Blower Continuation Series is a run of 12 new, hand-built Bentley Blowers. They are all authentically recreated, faithful to the 1929 Team Car No. 2 raced by Sir Henry ‘Tim’ Birkin.

Switching to the passenger side, the front fascia again blends into the veneer on the door, this time with an artwork of the Flying Spur Mulliner, Bentley’s ultimate luxury sedan. The veneer on the rear passenger side door is probably the most stunning in the entire car, as it displays the 1939 Bentley MkV Corniche, only one of which was ever made. Mulliner completed a ground-up rebuild of the fabled Corniche, which was destroyed in the Second World War, bringing back a long-lost link in Bentley’s design history. 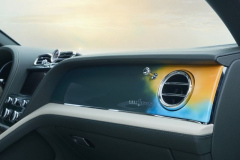 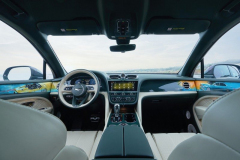 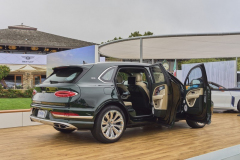 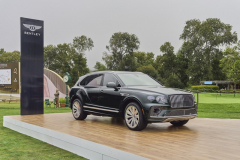 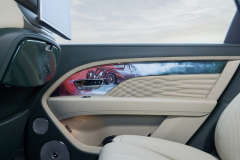 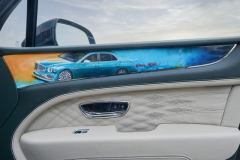 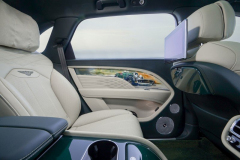 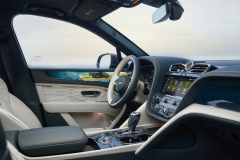 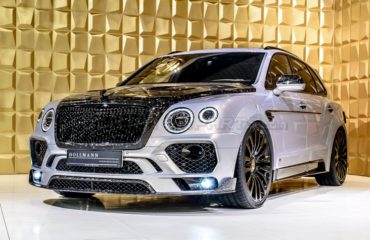 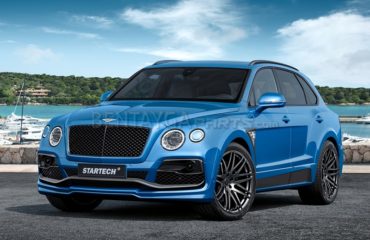