Owned by the Volkswagen Group, the peeps at Bentley have issued stop sale and stop delivery orders for certain 2021 – 2022 Bentayga vehicles.

The British automaker has also filed a safety recall with the National Highway Traffic Administration for 1,923 examples of the breed, of which 50 percent are believed to feature incorrectly installed second-row seats. Bentley was presented with this problem in January 2022 following a sled test. One month later, the analysis concluded with a borderline unacceptable explanation.

“The reason for recalling affected vehicles relates to a build process concern and not a fault with parts. As such, it is not anticipated that any parts will need replacing,” notes the Crewe-based automaker in the attached report.

But wait because there’s more bad news! “Production was unaware of the published supplier assembly and installation instructions. Seat rails were moved in production without knowledge of the potential consequences.” As it happens, Bentley discovered that second-row seats may not be correctly aligned and locked on the rails. It is possible that a second-row seat could move in the event of a crash, resulting in inadequate rear-passenger safety.

Supplied by Swiebodzin-based Adient Poland, the seats will be checked by authorized retailers. Resetting the relative second-row seat rail positions to ensure proper engagement with the seat rails will take roughly one hour of labor. Bentley underlines that an extra track stop is now fitted to each of the inboard seat rails and that a special “go/no go” gauge has been introduced to the installation process to ensure error-free alignment prior to fastening.

Subject vehicles were manufactured between July 10th, 2020 and February 22nd, 2022 according to the attached report. Bentley dealerships will be notified of the recall on May 2nd. Customers will be mailed on May 16th. 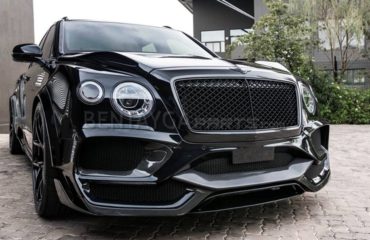 Manhart Turning the Bentley Bentayga Into the BT800, It’s More Powerful Than It Sounds