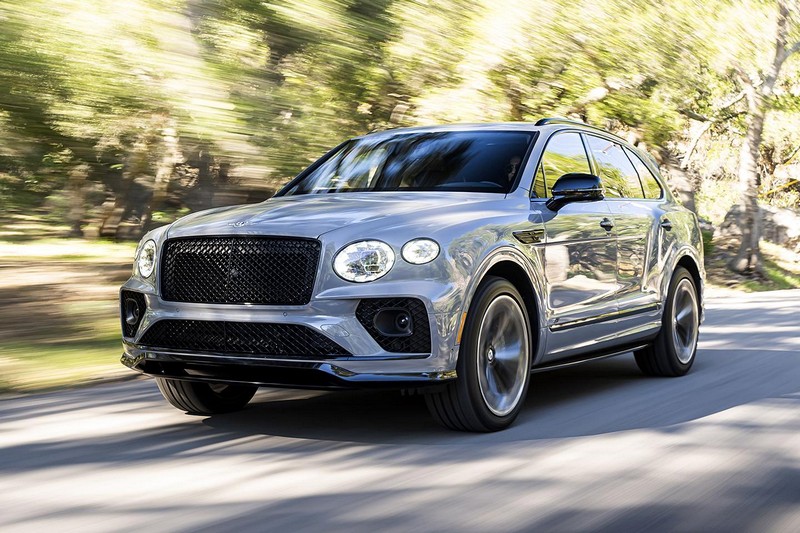 The W12 Bentayga is no more – can a new V8 flagship adequately take its place?

If you’ve been umming and ahhing over whether to buy a brand new W12 powered Bentley Bentayga, the opportunity has passed. While the 6.0-litre Speed version is still offered in other parts of the world, it was quietly dropped in Europe with last year’s facelift.

Which is where the Bentayga S comes in, a more focused version of the V8 intended to fill some of that gap and – in the regions that don’t get the W12 – top the range. It doesn’t get any more power, but it does get a new suspension tune and a sports exhaust fruitier than Carmen Miranda’s hat.

This was especially obvious, as I drove the Bentayga on the same event as the new Flying Spur Hybrid – Bentley’s past and future rubbing shoulders. At the changeover point of an ultra-designer billionaire mansion overlooking the Pacific Ocean, the Spur motored itself silently while the Bentayga was audible from a quarter of a mile away. Ears twitched every time one was fired up – and driving the S quickly confirmed, as preposterous as this sounds, that the 2,416kg SUV was a far more dynamically focused proposition than the laid-back PHEV saloon.

The Bentayga has always been better to drive than its critics would either believe or acknowledge. It might look as large and stately as one of the National Trust’s posher properties, but pliant air springs, smart active damping and a well sorted chassis that isn’t afraid to use its considerable wheel travel means it can be hustled at an impressive pace, especially over lumpy roads, and doubly so when equipped with the 48V anti-roll system.

The lean-fighting set-up is an option on the regular V8, but comes as standard on the S, and undoubtedly makes the biggest difference to the driving experience compared with an unequipped car. The S has been given some other mild suspension changes, too, although not ones to risk the suspension compliance of the standard V8. Dampers are 15 per cent stiffer and the Sport dynamic mode has been retuned, alongside a more liberal tune for the stability control. It also sits on new 22-inch wheels.

The new rims will be well wide of many tastes, and certainly crossed my personal yuck threshold – the bent spoke shape and contrast polishing of the test car made them look like they’d been ordered from a 1990s German tuning catalogue. Thankfully the configurator suggests that solid colours look less offensive. But the other visual tweaks are pretty modest, with S branding on the lower edge of the doors, gloss black trim replacing much of the standard chrome and a subtly dark tint to lights front and rear. The S also gets a bigger tailgage spoiler and new exhaust tailpipes – a half-oval pair on each side of the bumper creating the impression of two bigger ovals. Inside there is more Alcantara – a trim designer’s go-to material choice to indicate sporty intent – plus some S logos on dashboard and seats.

The lack of extra power is only a mild disappointment. Apparently this is due in large part to the difficulties of homologating revised powerplants in Europe, something that has delayed several Bentley launches. It would be hard to grumble too much about the combination of 550hp and 568lb ft of torque, even if that means the Bentayga S is outgunned by the Lamborghini Urus and the Voyage-To-Outer-Lunacy that is the forthcoming Aston Martin DBX707.

The S’s standard sports exhaust has also dramatically transformed the character of the engine. The regular Bentayga V8 is a nice-sounding thing when worked hard, but the S is on another level, with a top-end snarl that many race cars would be proud of. It’s raucous enough to be conspicuous, as even with the switchable exhaust in its quieter mode there’s no possibility of making a low-key start. Nor does it really match the image of the car – onlookers who were expecting to see a hard-charging muscle car double took as the huge Bentley came into view. It certainly doesn’t feel like it needs any more power.

The gearbox remains the weaker dynamic link, with the chance to experience the Bentayga’s eight-speed torque converter back-to-back with the double clutcher in the Flying Spur confirming the PDK is both noticeably snappier and much smarter. The Bentayga frequently misses changes when multiple downshifts are requested at the same time under manual control, and also hangs onto low gears for much longer than it needs to with the transmission in its Sport mode.

But the revised chassis proved more impressive. It’s not as athletic as the Urus or Cayenne Turbo S E-Hybrid, but nor is it meant to be – and the S-specific tweaks have made a noticeable difference without dinging compliance. In Sport mode there is a noticeable edge to the low-speed ride – likely due to the monster rims – but body control under higher loads is impressively composed. In Comfort mode the S feels nearly as compliant as the V8, although most buyers will probably never switch out of the default B dynamic mode, which manages to be right most of the time.

The anti-roll works almost invisibly. It doesn’t entirely cancel lean – apparently we need a small amount to orientate ourselves to cornering loads – but it does a remarkable job of disguising the forces at play. The Bentayga changes direction quickly and keenly, grips hard and fights understeer amazingly well for something so big and tall, before eventually surrendering front-line grip.

Nobody is going to buy a Bentayga S for regular trackday sessions, but it could probably handle them surprisingly well. The £182,300 price makes it £24,500 more expensive than the regular V8, but that isn’t much more than the combined cost of its standard options. It can’t deliver the shock-and-awe of the departed W12, but it feels like a worthy range-topper

Bentley Bentayga Speed Is One Lean, Mean, Green Machine – Or Its Cockpit Is Anyway 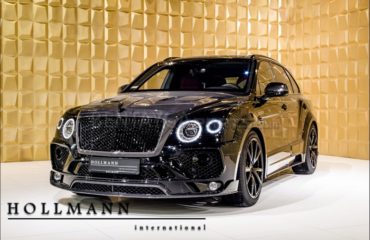