Bentley Bentayga Speed Is One Lean, Mean, Green Machine – Or Its Cockpit Is Anyway

We’d expect tuners such as Mansory to go wild on the cabins (and sadly not only) of high-end models, such as the Bentley Bentayga Speed, only this one comes from The Platinum Group.

Shared on their social media page, with a short caption stating the obvious, this is truly one ‘business on the outside, party on the inside’ project.

Best had with neon green blocking eyewear, the luxury SUV, which is a bit short in terms of power compared to its Mediterranean cousin, the Lamborghini Urus, sports the lively shade on most touchable surfaces.

Whether you’re looking at the seats, with part-diamond stitching and Bentley logos, pillars, headliner, door cards, lower parts of the dashboard, and armrests, it is the lime-ish color that you will see. Providing a little contrast are the black accents, though the whole car would have probably looked better if the shades were inverted.

Moving on to the exterior, there is nothing much to report on here, unless you count the big alloys, with Bentley center caps, and wheel spacers, and lowered ground clearance. That’s because it retains the OEM looks, albeit with a blacked-out approach and no chrome detailing anymore.

Since the social media post embedded at the bottom of the page does not say anything about the oily bits, we are going to assume that it has the same amount of output and torque as the stock Bentayga Speed. In case you forgot, that would be 626 horsepower and 664 pound-feet (900 Nm), produced by the twin-turbo 6.0-liter W12 engine. The thrust is directed to both axles through an eight-speed automatic transmission. 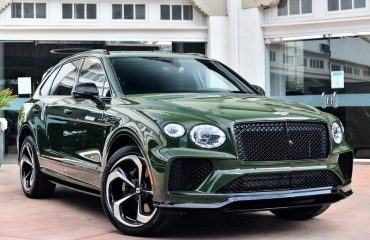 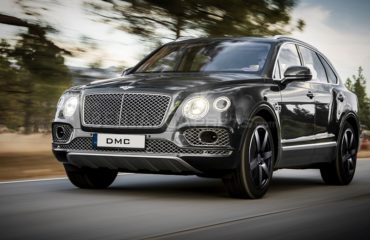